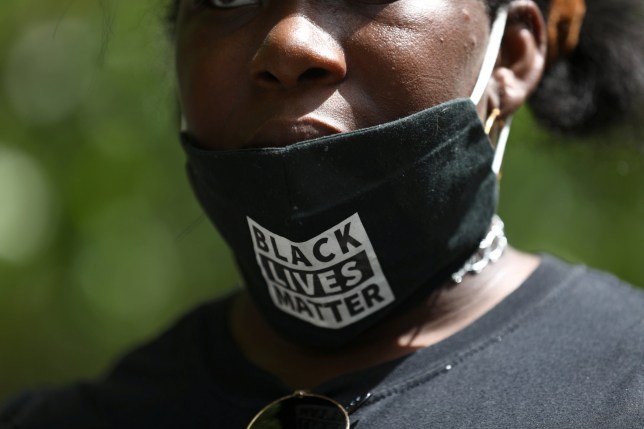 Racism, discrimination and social inequality may have increased the risk of black, Asian and ethnic minorities (BAME) being captured and killed by Covida-19, according to a leaked report.

According to a draft Public Health England (PHE) document, historical racism can mean that people are less likely to be treated or that they need better personal protective equipment.

Other possible factors are occupational risks and inequalities in the prevalence of diseases such as diabetes and obesity, which increase the severity of the coronavirus.

This report, which is being reviewed by the BBC and Sky News, highlights racism and discrimination as one of the main causes of ill health and there is a risk of infection with the virus and a serious disease.

It was compiled following discussions with 4,000 stakeholders who expressed the deep concern, anger, loss and fear of the BAME community during the pandemic.

Visit our blog in real time for the latest updates: Coronavirus News Live

The report concluded that historical racism and reduced experience in health care or the workplace meant that people in the BAME groups were less likely to seek help when they needed it, or were concerned about personal protective equipment or risks. 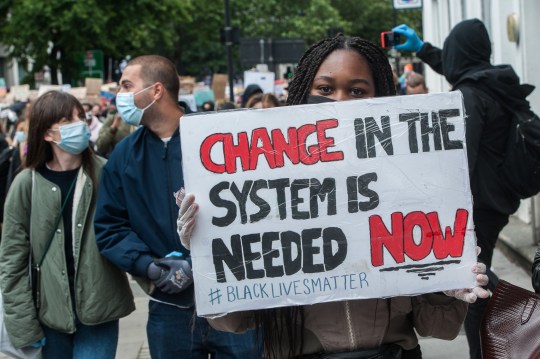 The report is linked to national protest meetings on the issue of black life.

The study showed how many BAME people occupy key positions on the shop floor, possibly increasing their contact with Covid-19 and thus their chances of being diagnosed.

Here it is: Stakeholders stressed that the racism and discrimination faced by communities, particularly key BAME employees, is one of the main causes of the risk of infection and the course of the disease.

The report is complete: The uneven impact of Covid-19 on BAME communities can be explained by a number of factors ranging from social and economic inequalities, racism, discrimination and stigma, occupational risks and inequalities in disease prevalence that increase the severity of diseases, including obesity, diabetes, hypertension and asthma.

The report has been criticised for not proposing solutions and merely confirming what is already known. Data from the Office of National Statistics (ONS) has already shown that blacks are four times more likely to die from coronavirus infection than whites.

The following recommendations are included in the draft report:

We can’t rely on leaks. Sufficiently misleading statements and lack of transparency.

Publish this document in its entirety and take the necessary steps at the request of the Labour Party.

During the stakeholder engagement, PHE also noted that there were serious concerns about the second phase of Kovid-19 and the impact it could have on the EAR community.

During the working sessions, the deep concern of the BAME community became clear that future waves of the disease could once again have serious and disproportionate consequences if no lessons are learned from the initial phase of the epidemic.

Sources in Whitehall told Sky News that the issue was not included in the PHE report released earlier this month because it would be too close to current anti-racist demonstrations across the country.

In response to a leaked document, shadow health secretary Jonathan Ashworth said he called on ministers to act urgently.

he said: We shouldn’t rely on a leak. The report should be published as soon as possible and in the light of the measures taken as a whole. For weeks, staff have voiced their concerns and insisted on more intensive use of targeted testing and frontline staff protection.

Contact our press team via e-mail at [email protected]

For more information about these stories, please visit our news page.

Receive information about coronaviruses, their properties and tips directly from your inbox.

Inception Theater Returns to Celebrate the 10th Anniversary This July

Cricket: Kevin Pietersen is the biggest batsman in IPL history.

Tips for Retouching Skin in Photoshop That You Need to Know